She published a heart robbing story on her facebook wall.

On Sunday morning 3 am, a homeless man Cesar admitted in hospital aiming his continuous sickness. Cris describes Cesar as ‘a simple person, without luxury who depends on help to overcome the hunger, the cold, the pain and the evils of the world’.

He had no human as friend to be his side. But four dogs were there. 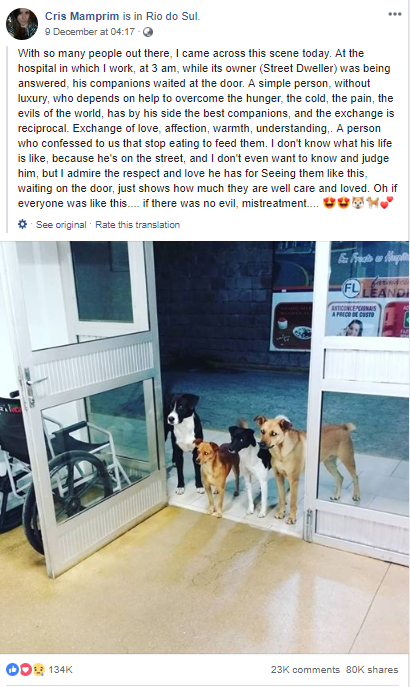 For them Cesar was everything, a companion, street walker, table sharer and a good friend. They were the most concerned persons about Cesar on this planet. 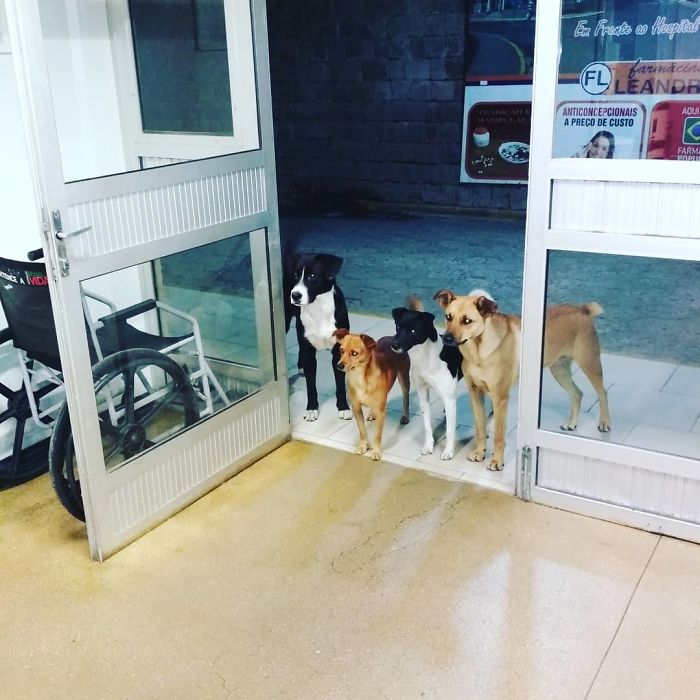 They were there to show their love, care and faith on their friend and kept waiting outside the hospital for the whole night.

In this world, the humans have lost faith on humanity but not these dogs