Imagine you are a student and fond of photography but don’t have time to go for distant places and forests to grab some photographs for your album. The other way round, you don’t have enough resources to manage these expensive trips. If so then you are in need to learn. For example this photographer, his name is Geert Weggen and his work is published in many photo journals and documentaries. He is well known for his home adventures.

For example, in 2012, he released a photo album containing fox. A fox was coming daily on his doorstep together a meat piece, he named him Jack. Geert decided to record an album introducing Jack to the world and his work published by many renowned magazines.

This time Geert goes with Squirrel. He followed squirrels for 6 years and plotted a production area for them and made an arrangement for their feast.  After this, the squirrels were coming on daily basis and there was shooting on his courtyard studio and now he is going to organize workshops twice a year and only young squirrels can participate in it.

His best of heart robbing photographs are listed below. Can you give them a suitable title?

#1 and then the squirrel sneezed ACHOOO 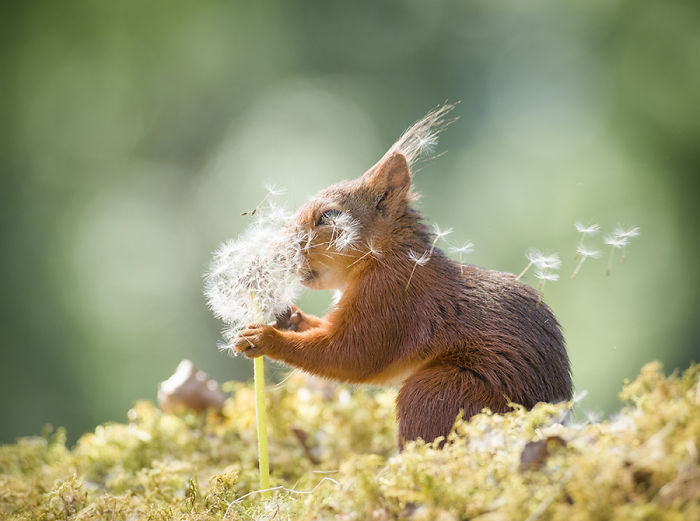